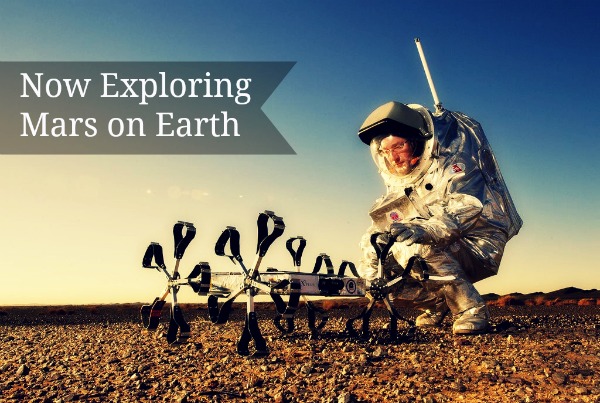 Mars Colonization Mission 2024 starts with Mars on Earth
There are many people in the world who would look in the sky wishing to visit the red planet in space and for once experience the harsh nature of the planet Mars but what people don't realize is that the same dream is shared by space explorers, scientists and many people related to the field and for them conducting research on behavior of various experiments and test samples is very crucial and it's not like every now and then we have space explorations but very rare as it requires lots of work like building the spaceship, expenses of the equipment’s used, lakhs of hours of research and objectives tested only in theories and most of all space explorations not only are costly but are risky as well and not to forget the amount of junk that has been getting accumulated in space due to numerous space exploration projects.

But now with the Mission Mars on Earth kicking off there the hope for science exploration programs is brighter than ever. Just imagine the numerous possibilities for the people who have to wait for years for their research to finally show signs of success or failure when their research is put to test in space exploration programs( both manned and unmanned) and also a twist of space sparkles for the dreamers who wish to visit or experience the red planet.

Mock Mars Mission Kicks off in Utah, Recreates Martian Conditions to test and Recreate Life on the Red Planet

MDRS(Mars Desert Research Station) a non-profit Mars Society comes with an idea of creating a functioning habitat for the scientists, volunteers, engineers, doctors and astronauts so they can go on missions and conduct various experiments without having to wait for the next space exploration program to Mars. The Project was designed by founder Robert Zubrin's as "Mars Direct" based on philosophy of inland settlement approach in creating environment for people to give hardcore basis to their works.

"Basically you don't have to launch in a spaceship to Mars but instead drive in your car from your home to land on the Mars base. :D Awesome isn't it? "

﻿Packing for Red Planet:﻿ Haha now all you have to do is pack your space suit (I am talking about the real one's), GPS, Maps, Gear and other equipment’s and since it's in Utah and not on Mars you get to wear your night cloths on and so your packing must include clothing, toiletries, outdoor gear, sleeping bag and a flashlight. The best part is that you bring in your own food but obviously not inside the platform as it wouldn't a perfect Martian condition besides how can you eat your own food when you are in a space suit. lol! Dangerous stuffs like beverages (particularly alcohol) and firearms are strictly prohibited. The Mars Simulation platform has abundant amount of energy thanks to solar panels and diesel engines apart from that abundant amount of food and water thanks to nearby greenhouse plant. Most of all the disgusting part about mock space programs that is urine jars and footwear are simply replaced with regular commodity practices. Own Urine Jars lol !

Although the Mock Mars Chambers consist of abundant amount of energy, food and water yet people have to follow stricter usage policies as that wouldn't be an idle Mars condition so basically you have to stick to a Martian life like bathing once in two days and that to in military style to save water, restricted communication using phones or internet and restricted shelf food for each crew.

How it Feels to be on Mars, Mock Mars Environment Conditions

Mars environmental conditions are far harsher than that of the Earth and to create these conditions on Earth to sustain Mars like environment is certainly a Mars on Earth. The Mock Mars chambers are filled with vacuum with the help of MARTE (Vacuum Chambers) which has various equipment’s which are tested using Martian soil and the environment consists of 95% carbon dioxide with temperature(-265°F to 301°F) and pressure (100 times that of earth) ranges similar to that of Mars. The Martian Dust replicated using sieves (63 microns) of dimension as small as human hair. The Mars Climate changes are recreated and exhibited using data observed from equipment’s sent to mars which include Curiosity rovers and Rover Environmental Monitoring Station (REMS) which adjust and recreate the environment conditions of the red planet. Coming to this Martian experience will be sticky Martian dust as it's much lighter than that of earth, toxic climate and off course adjusting to a whole new planets environment and most of all a much harsher one.

The Martian Service on Earth :D
The Martian Chamber was build using $200,000 which came in from Centro de Astrobiologia, MEC, and Secretary of State for Research, Innovation and Development a much smaller amount when compared to space exploration programs and besides that the climate of Mars is so harsh for equipment’s that sending them without much resistance will be simple a waste of lots of worth of time, research and money, So a MARTIAN CHAMBER on Earth to mimic the harsher conditions of Red Planet is a much better investment in terms of both training, research, explorations, mocks and future developments.

Why Create Mars type Conditions on Earth, Its Importance

So in short Project Mars on Earth will allow scientists to test possibilities of recreating life on Mars, Testing possibilities of Water on Mars, testing and developing better space equipment’s which can withstand Martian climatic conditions, testing various samples and test objects and most of all allow frequent space exploration mocks without having to spend millions on space exploration programs. 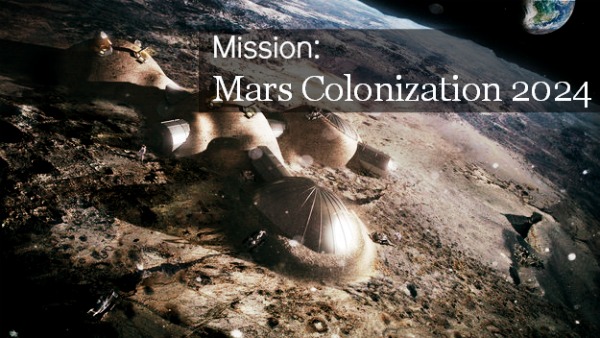 Mars Society Plans on starting the Colonizing process on Mars by 2024
The success of these Mock Martian Habitat chambers is estimated to increase their installment in various parts of the world aiming for better research and development and effective collaborations on new findings by the ending of 2015. Most of all the long term mission of the Mars Society of Colonizing Mars by 2024.