It's All About Stephen King’s Top 20 Rules For Writers

Stephen King The New York Times' bestselling novelist opens up about his writing mojo and his formula for learning to write well
Stephen King, The The New York Times' bestselling novelist's has sold over 350 million copies worldwide which is way more than records sold by The Rolling Stones. King’s manual on Writing reveals that although he loves and works at his craft, he doesn’t always stick to his own rules—but at least knowing them is a good place to start. And who knows, maybe you’ll end up with fans like Annie Wilkes. Looking for inspiration for your next big writing project? Then this is a must read article for you and It's all about Stephen King’s top 20 rules For writers 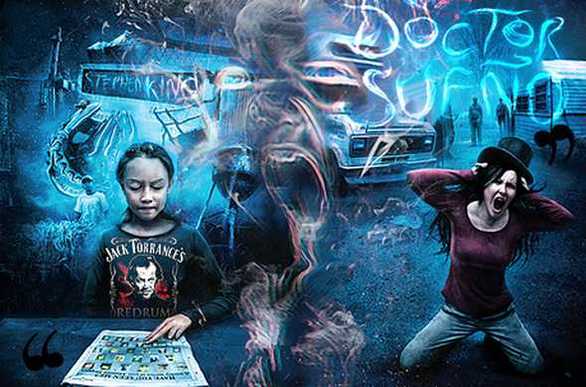 1. First write for yourself, and then worry about the audience.
“When you write a story, you’re telling yourself the story. When you rewrite, your main job is taking out all the things that are not the story. Your stuff starts out being just for you, but then it goes out.” 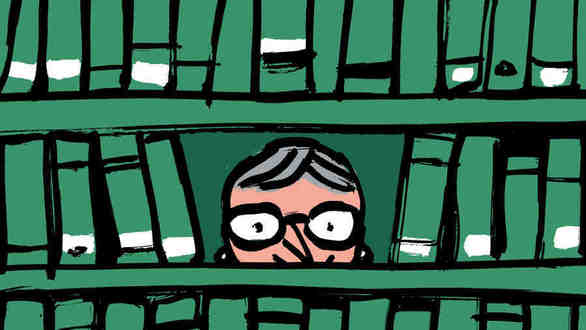 2. Don’t use passive voice.
“Timid writers like passive verbs for the same reason that timid lovers like passive partners. The passive voice is safe. The timid fellow writes “The meeting will be held at seven o’clock” because that somehow says to him, ‘Put it this way and people will believe you really know. ‘Purge this quisling thought! Don’t be a muggle! Throw back your shoulders, stick out your chin, and put that meeting in charge! Write ‘The meeting’s at seven.’ There, by God! Don’t you feel better?”

4. Avoid adverbs, especially after “he said” and “she said.”
“While to write adverbs is human, to write ‘he said’ or ‘she said’ is divine.”

5. But don’t obsess over perfect grammar.
“Language does not always have to wear a tie and lace-up shoes. The object of fiction isn’t grammatical correctness but to make the reader welcome and then tell a story… to make him/her forget, whenever possible, that he/she is reading a story at all. “

6. The magic is in you.
“I’m convinced that fear is at the root of most bad writing. Dumbo got airborne with the help of a magic feather; you may feel the urge to grasp a passive verb or one of those nasty adverbs for the same reason. Just remember before you do that Dumbo didn’t need the feather; the magic was in him.” 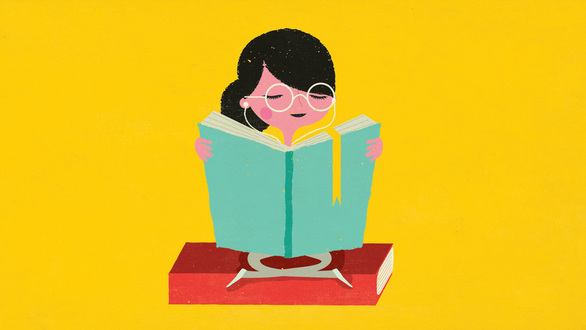 7. Read, read, read.
“You have to read widely, constantly refining (and redefining) your own work as you do so. If you don’t have time to read, you don’t have the time (or the tools) to write.”

8. Don’t worry about making other people happy.
“Reading at meals is considered rude in polite society, but if you expect to succeed as a writer, rudeness should be the second to least of your concerns. The least of all should be polite society and what it expects. If you intend to write as truthfully as you can, your days as a member of polite society are numbered, anyway.” 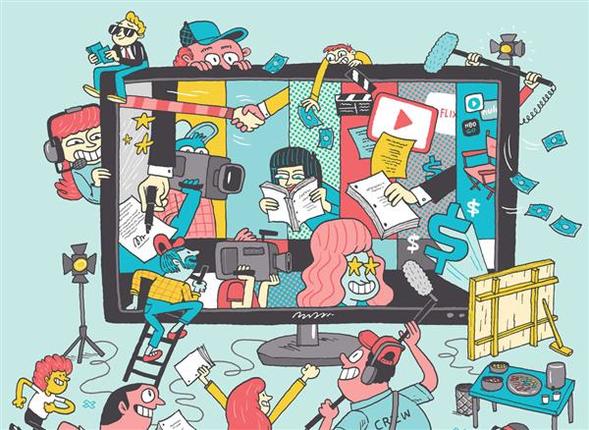 9. Turn off the TV.
“Most exercise facilities are now equipped with TVs, but TV—while working out or anywhere else—really is about the last thing an aspiring writer needs. If you feel you must have the news analyst blowhard on CNN while you exercise, or the stock market blowhards on MSNBC, or the sports blowhards on ESPN, it’s time for you to question how serious you really are about becoming a writer. You must be prepared to do some serious turning inward toward the life of the imagination, and that means, I’m afraid, that Geraldo, Keigh Obermann, and Jay Leno must go. Reading takes time, and the glass teat takes too much of it.”

10. You have three months.
“The first draft of a book—even a long one—should take no more than three months, the length of a season.”

11. There are two secrets to success.
“When I’m asked for ‘the secret of my success’ (an absurd idea, that, but impossible to get away from), I sometimes say there are two: I stayed physically healthy, and I stayed married. It’s a good answer because it makes the question go away, and because there is an element of truth in it. The combination of a healthy body and a stable relationship with a self reliant woman who takes zero shit from me or anyone else has made the continuity of my working life possible. And I believe the converse is also true: that my writing and the pleasure I take in it has contributed to the stability of my health and my home life.” 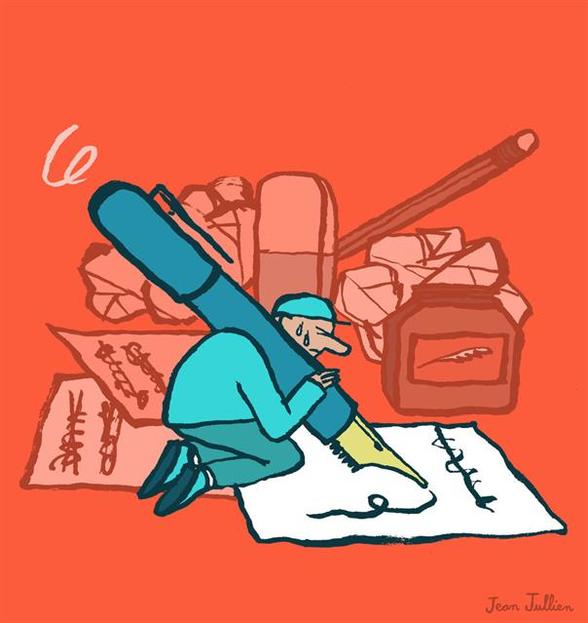 12. Write one word at a time.
“A radio talk-show host asked me how I wrote. My reply—’One word at a time’—seemingly left him without a reply. I think he was trying to decide whether or not I was joking. I wasn’t. In the end, it’s always that simple. Whether it’s a vignette of a single page or an epic trilogy like ‘The Lord Of The Rings,’ the work is always accomplished one word at a time.” 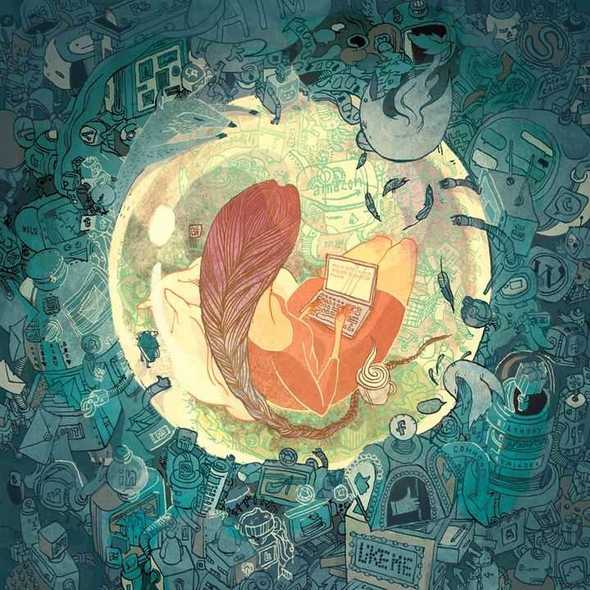 13. Eliminate distraction.
“There should be no telephone in your writing room, certainly no TV or video games for you to fool around with. If there’s a window, draw the curtains or pull down the shades unless it looks out at a blank wall.”

14. Stick to your own style.
“One cannot imitate a writer’s approach to a particular genre, no matter how simple what the writer is doing may seem. You can’t aim a book like a cruise missile, in other words. People who decide to make a fortune writing like John Grisham or Tom Clancy produce nothing but pale imitations, by and large, because vocabulary is not the same thing as feeling and plot is light years from the truth as it is understood by the mind and the heart.”


15. Dig.
“When, during the course of an interview for The New Yorker, I told the interviewer (Mark Singer) that I believed stories are found things, like fossils in the ground, he said that he didn’t believe me. I replied that that was fine, as long as he believed that I believe it. And I do. Stories aren’t souvenir tee-shirts or Game Boys. Stories are relics, part of an undiscovered pre-existing world. The writer’s job is to use the tools in his or her toolbox to get as much of each one out of the ground intact as possible. Sometimes the fossil you uncover is small; a seashell. Sometimes it’s enormous, a Tyrannosaurus Rex with all the gigantic ribs and grinning teeth. Either way, short story or thousand page whopper of a novel, the techniques of excavation remain basically the same.” 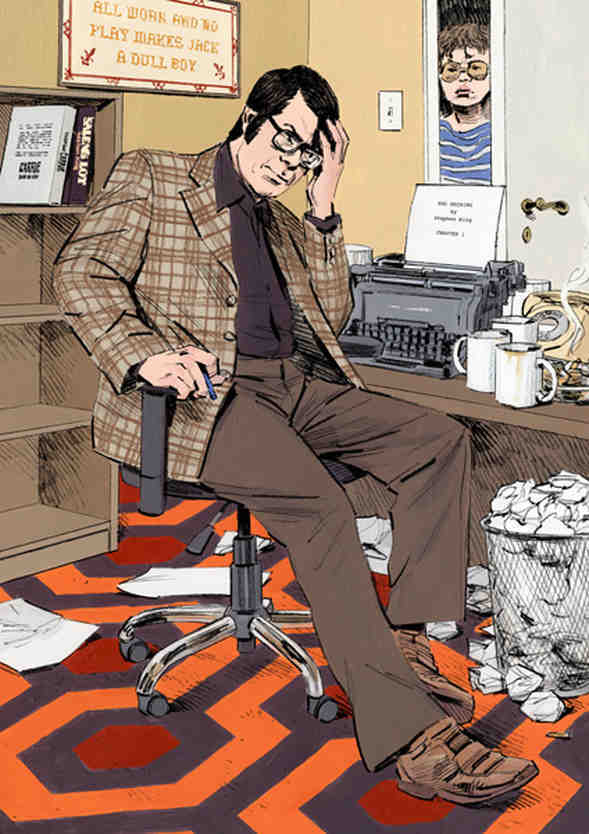 16. Take a break.
“If you’ve never done it before, you’ll find reading your book over after a six-week layoff to be a strange, often exhilarating experience. It’s yours, you’ll recognize it as yours, even be able to remember what tune was on the stereo when you wrote certain lines, and yet it will also be like reading the work of someone else, a soul-twin, perhaps. This is the way it should be, the reason you waited. It’s always easier to kill someone else’s darlings that it is to kill your own.” 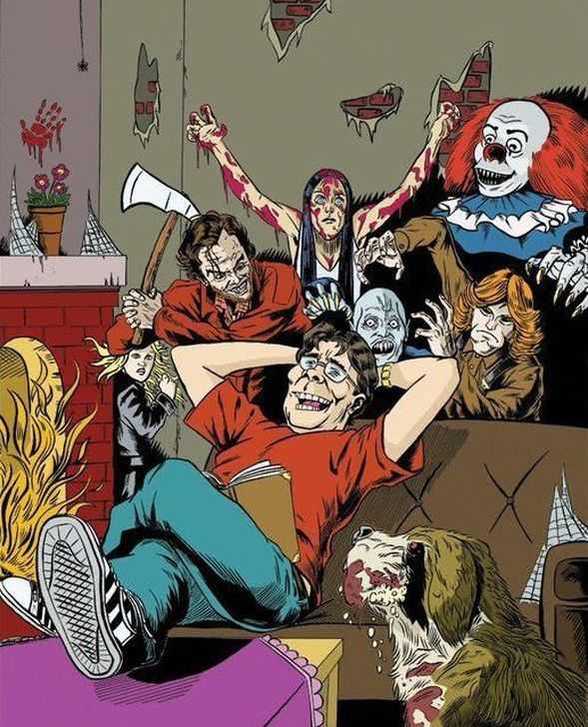 18. The research shouldn’t overshadow the story.
“If you do need to do research because parts of your story deal with things about which you know little or nothing, remember that word back. That’s where research belongs: as far in the background and the back story as you can get it. You may be entranced with what you’re learning about the flesh-eating bacteria, the sewer system of New York, or the I.Q. potential of collie pups, but your readers are probably going to care a lot more about your characters and your story.” 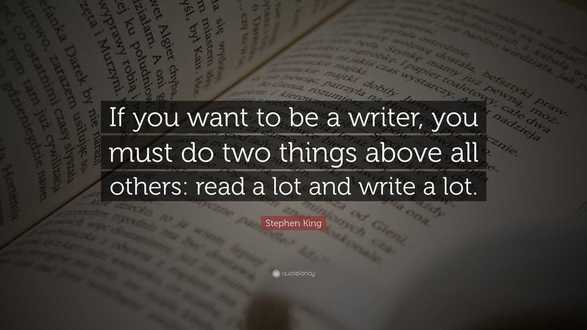 19. You become a writer simply by reading and writing.
“You don’t need writing classes or seminars any more than you need this or any other book on writing. Faulkner learned his trade while working in the Oxford, Mississippi post office. Other writers have learned the basics while serving in the Navy, working in steel mills or doing time in America’s finer crossbar hotels. I learned the most valuable (and commercial) part of my life’s work while washing motel sheets and restaurant tablecloths at the New Franklin Laundry in Bangor. You learn best by reading a lot and writing a lot, and the most valuable lessons of all are the ones you teach yourself.” 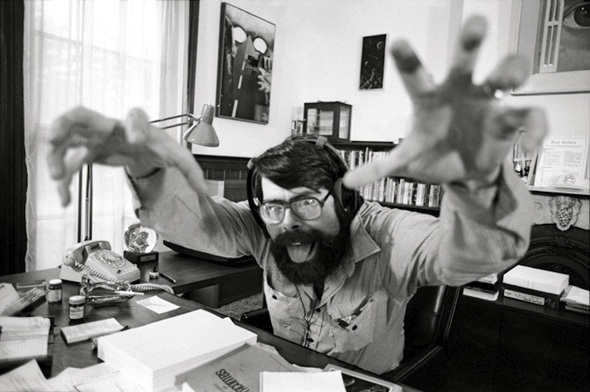 20. Writing is about getting happy.
“Writing isn’t about making money, getting famous, getting dates, getting laid, or making friends. In the end, it’s about enriching the lives of those who will read your work, and enriching your own life, as well. It’s about getting up, getting well, and getting over. Getting happy, okay? Writing is magic, as much the water of life as any other creative art. The water is free. So drink.”

And as imagination bodies forth
The forms of things unknown, the poet’s pen
Turns them to shapes and gives to airy nothing
A local habitation and a name.
– William Shakespeare (from A Midsummer Night’s Dream)

Previous Post: 12 Great Books that will Fuel your Mood of the Hour
0 Comments