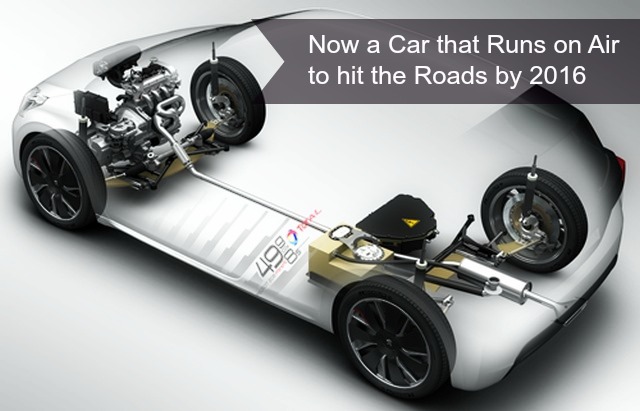 Peugeot 208 Hybrid FE the car that runs on air to hit the roads by 2016
Just when the entire world economy is suffering from steep fuel prices the most talked about idea of running cars on air has just become reality. With millions of vehicles running throughout the world, one can't even imagine the amount of world fuel consumption and on top of that the money involved, the transport and hell lot of things that has been burdened on the economy but with Peugeot Citroen recently unveiling it's plan of mass scale production of these hybrid cars, the world has found a savior. Peugeot unveiled their plan with their 208 hybrid FE model at Frankfurt motor show which will hit the roads by 2016 and marketers have estimated that the release would bring down petrol prices by 80%.

How does this Car work and its states

The 208 hybrid FE runs on a dual fuel system consisting of petrol and air cylinders. The car automatically runs on air till it's under the speed of 43 mph (12 km/h) above which it utilizes the petrol system but it can run on both as well. The car has an efficiency of 117 miles per gallon (2 liter / 100 km) and is quite environment friendly with a exhaust states of 69 grams of Carbon dioxide (CO2) per km. The car works on the concept of air compression with an internal combustion engine which is storing energies in compressed form and releasing it in a short amount of time just like nitrous which usually is quite difficult to handle, however 08 Hybrid manages to control the flow quite efficiently.

Will I be able to run my Vehicle without refuelling as it runs on Air ? 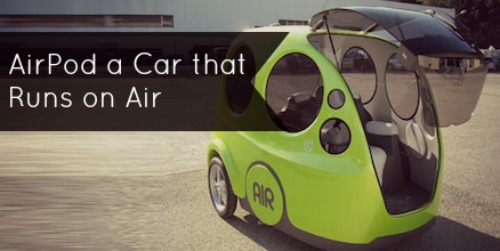 A similar project of a car that runs on air has already exists since 2008 and the project is known by the name airpod which is a car which works on similar principle of air compression and a motor that runs on compressed air powered by MDI that currently develops a 5 seater car called OneCat also known as the Air car. The best part about this project is that there are no emissions as the engine doesn't use combustion at all. The concept of air powered cars using compressed air comes from a French scientist name Guy Negre and his 14yrs of research work in motor development.
Currently luxembourg based MDI have licensed their idea under a similar project to Indian Motor company Tata motors under the name Airpod which is a one seater car and costs somewhere around $10,000 and runs at top speed of 70 kmph. however it can accumulate three persons quite comfortably, most of all the car comes without any steering wheel and instead has joystick giving an ultimate gaming user experience.

A look at the $10,000 car AirPod developed by Tata Motors

Although air cars might come a little late to the market but with current economic fuel consumption rates one can expect motor industries to see a hike in demand for production of electric powered cars as they are quite efficient and quite handy to use but when compared to air cars they are quite costly both in terms of cost and environmental friendliness. Electric cars require lots of metal for storage batteries which in turn produce lots of greenhouse and harmful gases causing global warming and pollution. Besides that electric cars indirectly be shifting the economic load of fuels on electricity tariff with increasing prices of fossil fuels like coal. So in battle between these two innovations the air run car technology will win over electric run car technology.

A look at the Future Cars with Guy Negre

What these Air cars lack (efficiency and Green Check)

But the problem with these cars is that they tend to lose energy while braking and requires a need for recharging stations and probably a air powered battery is going to take time so till then the concepts are still under construction to increase these air car efficiencies.But nevertheless they are already quite efficient when compared to current fuel economic states and the environmental pollution caused by billions of gas emissions produced by millions of vehicles run throughout the world and not to forget these cars refuelling problem can be fixed with a self owned air compressor or a plug in electric charger and currently motor tech companies are developing a gasoline powered concept to make them completely eco friendly.
1 Comment
Chithra link
6/18/2014 04:25:50 pm

Well improved technology in Automation industry. Of course these types of eco-friendly cars are warm welcome today in this world. But the query is how long it will be work effectively.